Akhanda Yoga – An Approach, a Lineage, a Community!

As we move into a new decade, there is a lot to celebrate for all of us as a community!

When Vishva-ji arrived in Canada in mid 2000 to bring forward the messages of his teachers and his lifetime exploration into yoga practice and wisdom, we were a budding Yoga Family, including Chétana, Prem, Vishwajeet, Ori and Pranav. Though we were spread across continents, I remember early conversations about unique aspects of Vishva-ji’s approach, what kept us meeting in small pods in Rishikesh, Toronto, Ottawa and Edmonton. It was an informal time of gathering, practicing and visioning.

Slowly regular classes and workshops developed in Ottawa and Prem spearheaded an annual retreat in Alberta that is still happening today! The first event was held above Organic Roots, his family’s amazing health food and wellness store in Edmonton, where we could have lunch breaks with crepes, smoothies, herbal teas and treats from the bakery. And soon after Vishva-ji was demonstrating Vastra Dhauti for an audience at the first Toronto Yoga Show, and pronouncing Inspiro–Expiro–Fantastico! at retreats in Bologna for the growing hub that became Akhanda Yoga Italia. 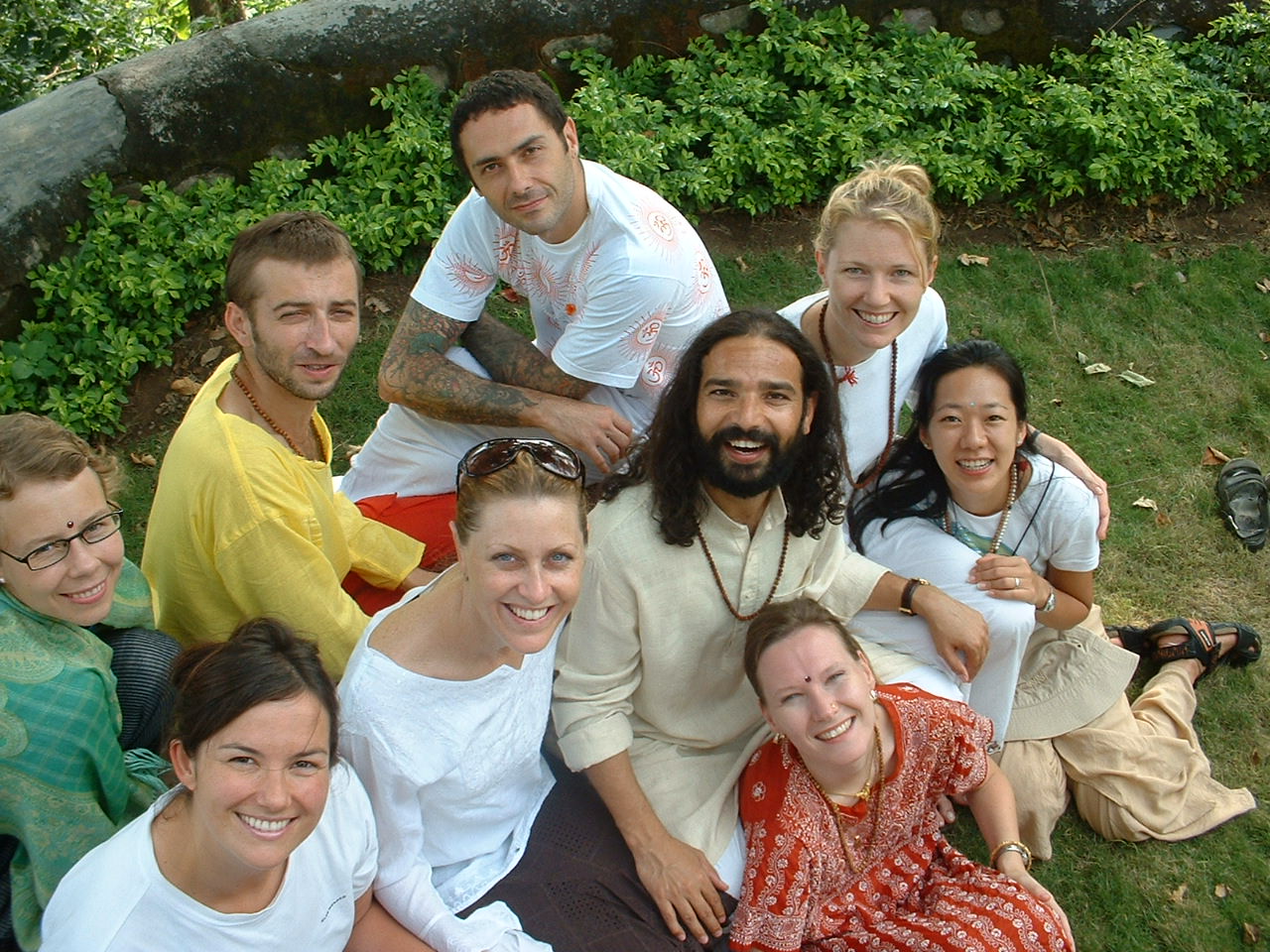 By then Vishva-ji had become the Head of Teaching and Training at Upward Dog Yoga Center in Ottawa and started training teachers to offer holistic yoga there and in Rishikesh in 2004. Within eighteen months, offerings expanded to include YTT 200 in both February and October, and the precursor to the YTT 300. 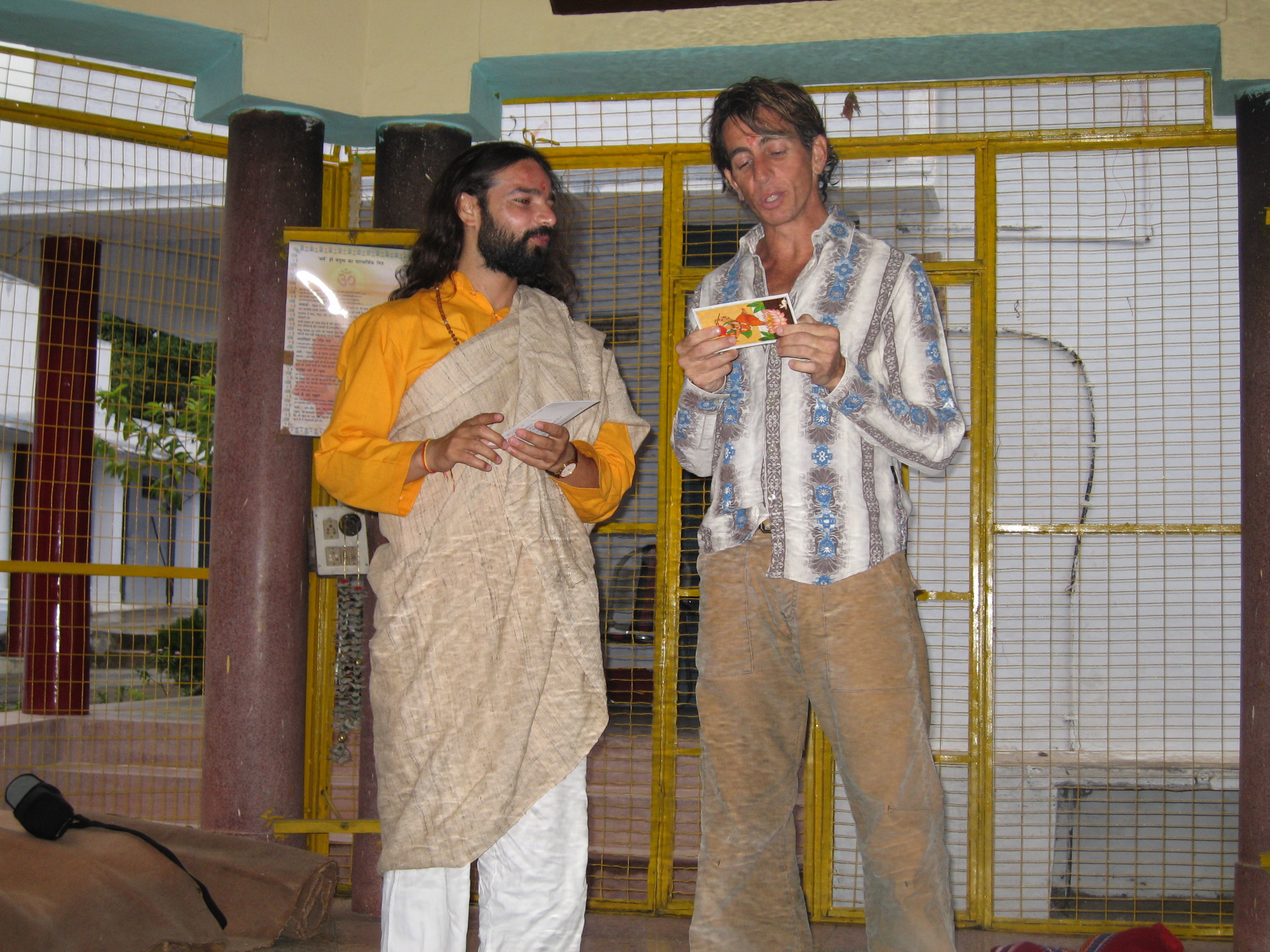 And so, a group of us, now including Divya, Eesha, Abhay, Liila, Kat, Sattyam, Jaya, Celeste and Yogi Uday visited the land that was to become the site of Anand Prakash Yoga Ashram. Small sketches on napkins became the first floor of rooms of the Ashram with a lower yoga hall in the fall of 2006, and the full two-storey building with the upper yoga hall was complete by the fall of 2007, when the family, including baby Uma spent the first six-month “yoga season”, framed by the retreats in Italy in September and Japan in April. Celebrating Holi in 2007! 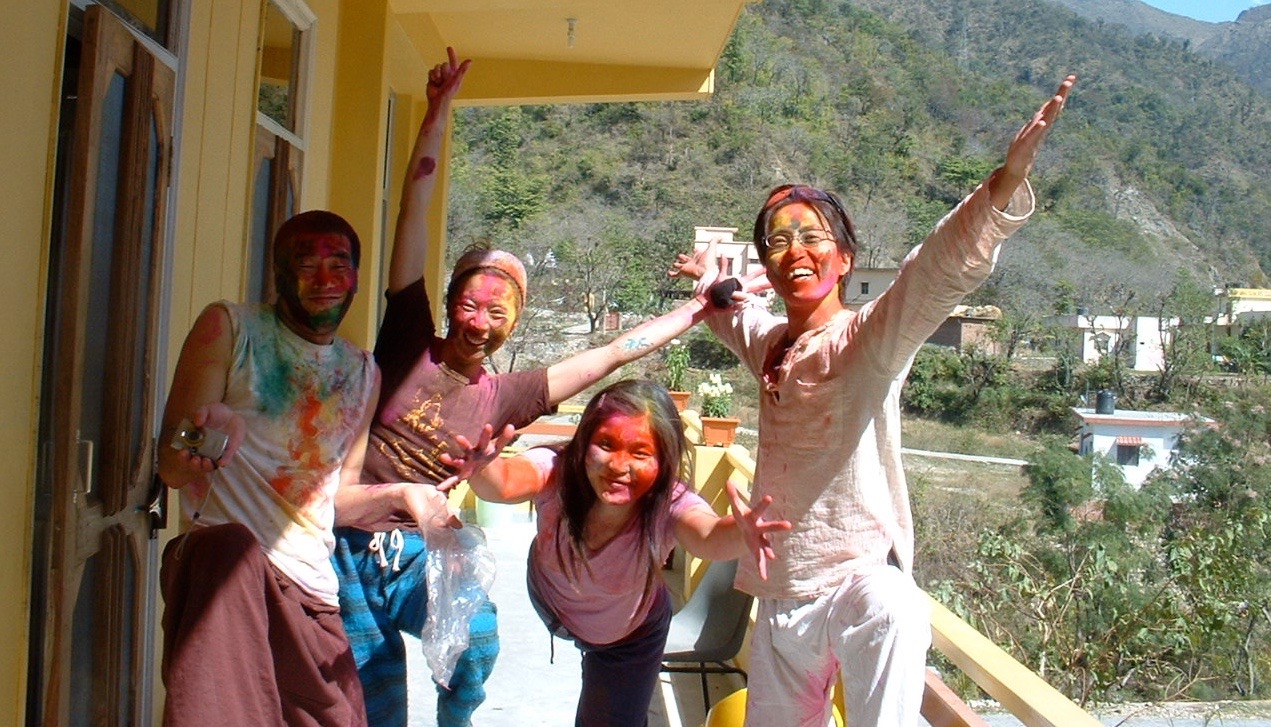 The Ashram was visited regularly by our beloved Yogananda Saraswati for his energetic morning yoga sessions. Stories of Vishva-ji’s teachers, Baba Prem Nath and Yogi Nath echoed through the hallways, in particular after one of Vishva-ji’s university classmates gifted to him the only picture of Baba Prem Nath that we have or know of. 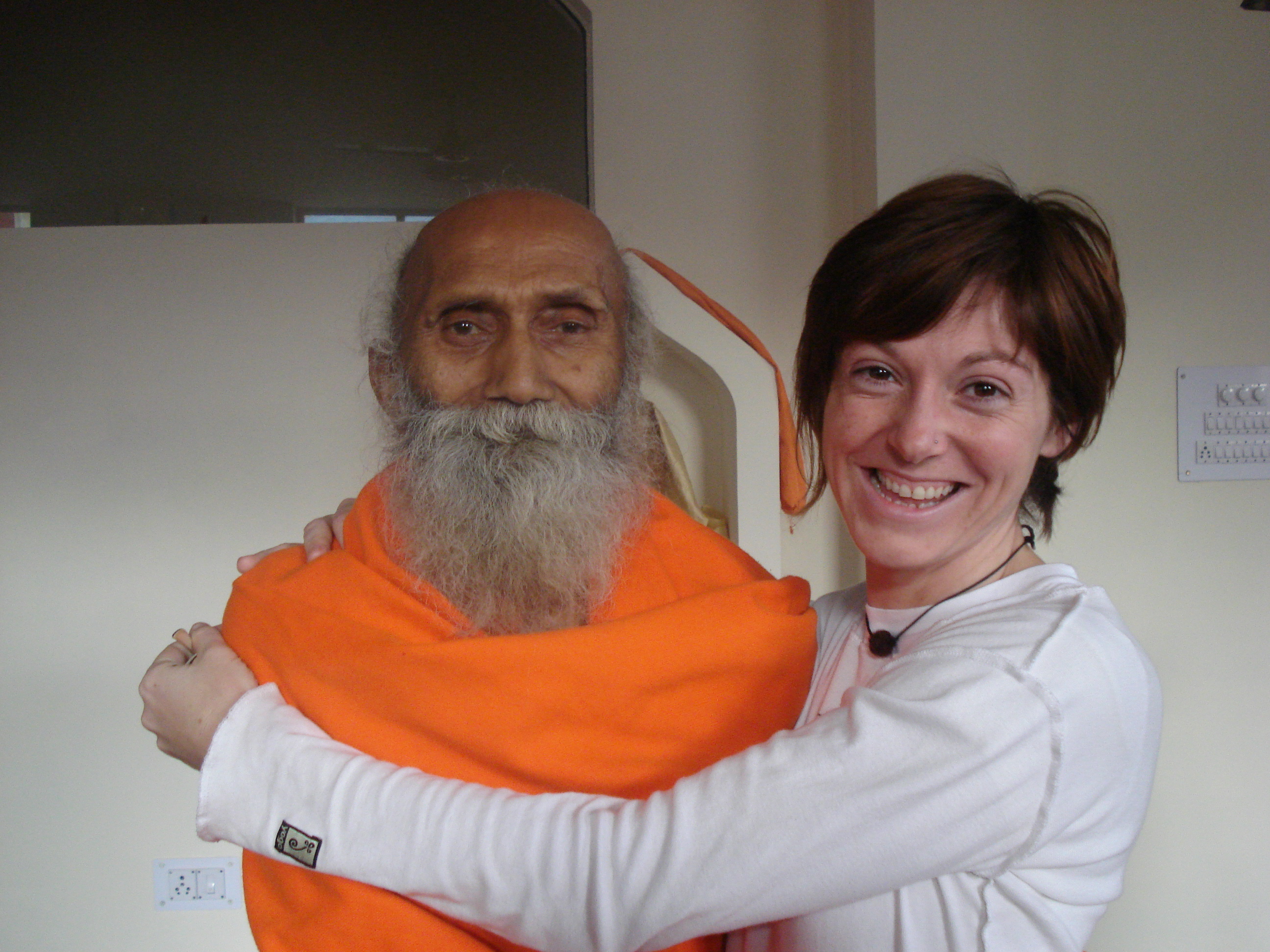 The consolidation of the Akhanda Approach landed soon after. On studio schedules, our classes were labelled Hatha Yoga or Holistic Hatha, but we soon realized this did not give participants an advanced view of the journey they were embarking on – the balance of directions and elements of the body, the aligning of the winds and the layers of being. And so, we came out with an approach statement and Akhanda Yoga was born! Vishwajeet invited Vishva-ji to California and they engaged in a brainstorming to re-design the Yoga Family logo and the Ganga green and tapasya orange became our signature colours! Akhanda Affiliate YTTs, like Yog Sundari’s program in London help spread the word about the power of holistic yoga! 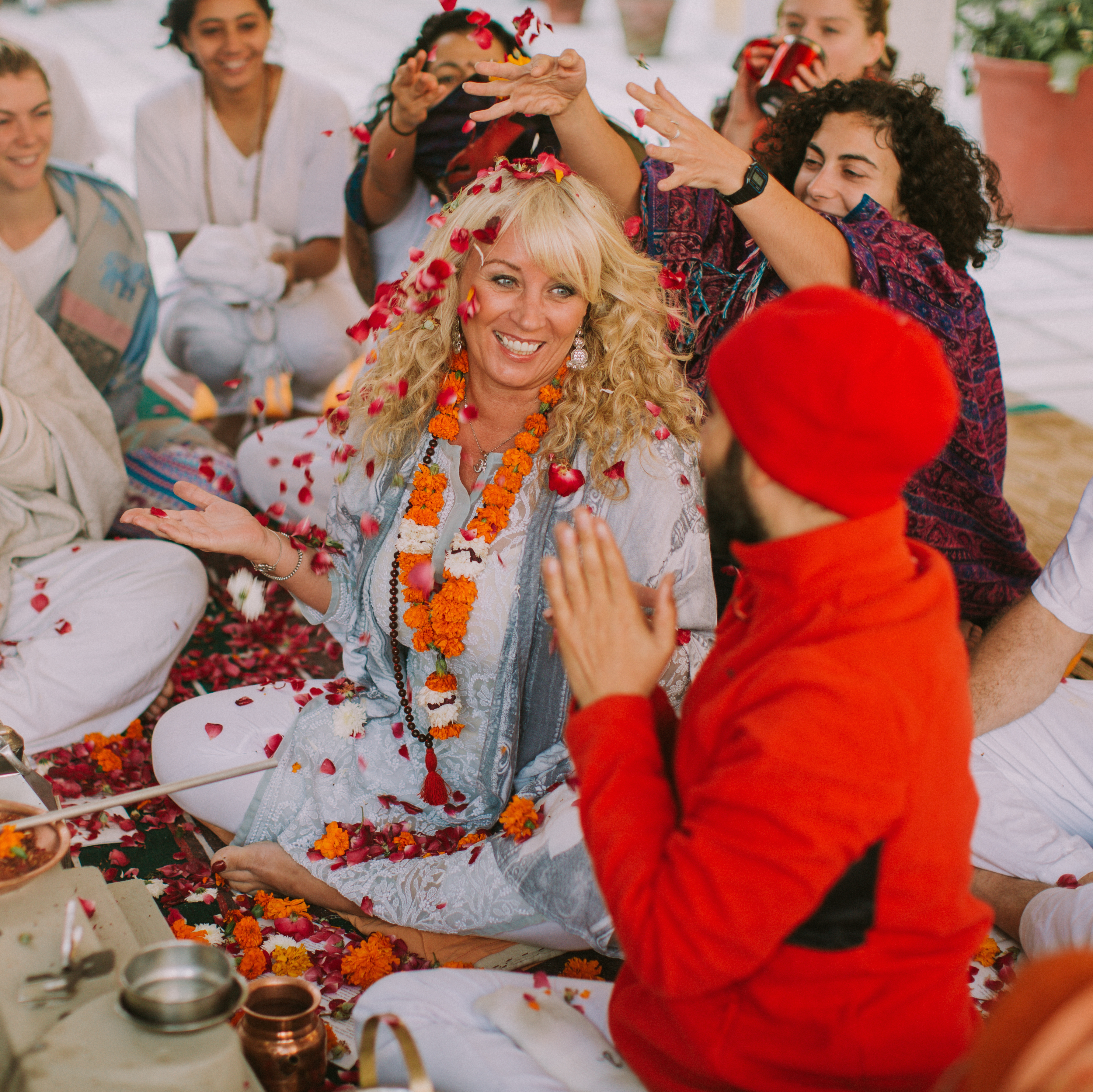 In 2015, Yogasana: The Encyclopedia of Yoga Poses was published by Mandala Publications capturing Vishva-ji’s work on the evolutions of yoga poses and his research on Sanskrit names for the bodily movements. The book also included of several art photos of Vishva-ji in rural Northern India taken by Martin Prihoda over several visits to Rishikesh. Around that same time, the beautifully designed octagonal classrooms of Sansar Gyaan Pathshala began welcoming students in rural Uttarpradesh thanks to the Ashram and the amazing fundraising efforts of Sarah (Shobhana) and Barb (Ratan Jyoti) and the original Board of Helping Hands for India. 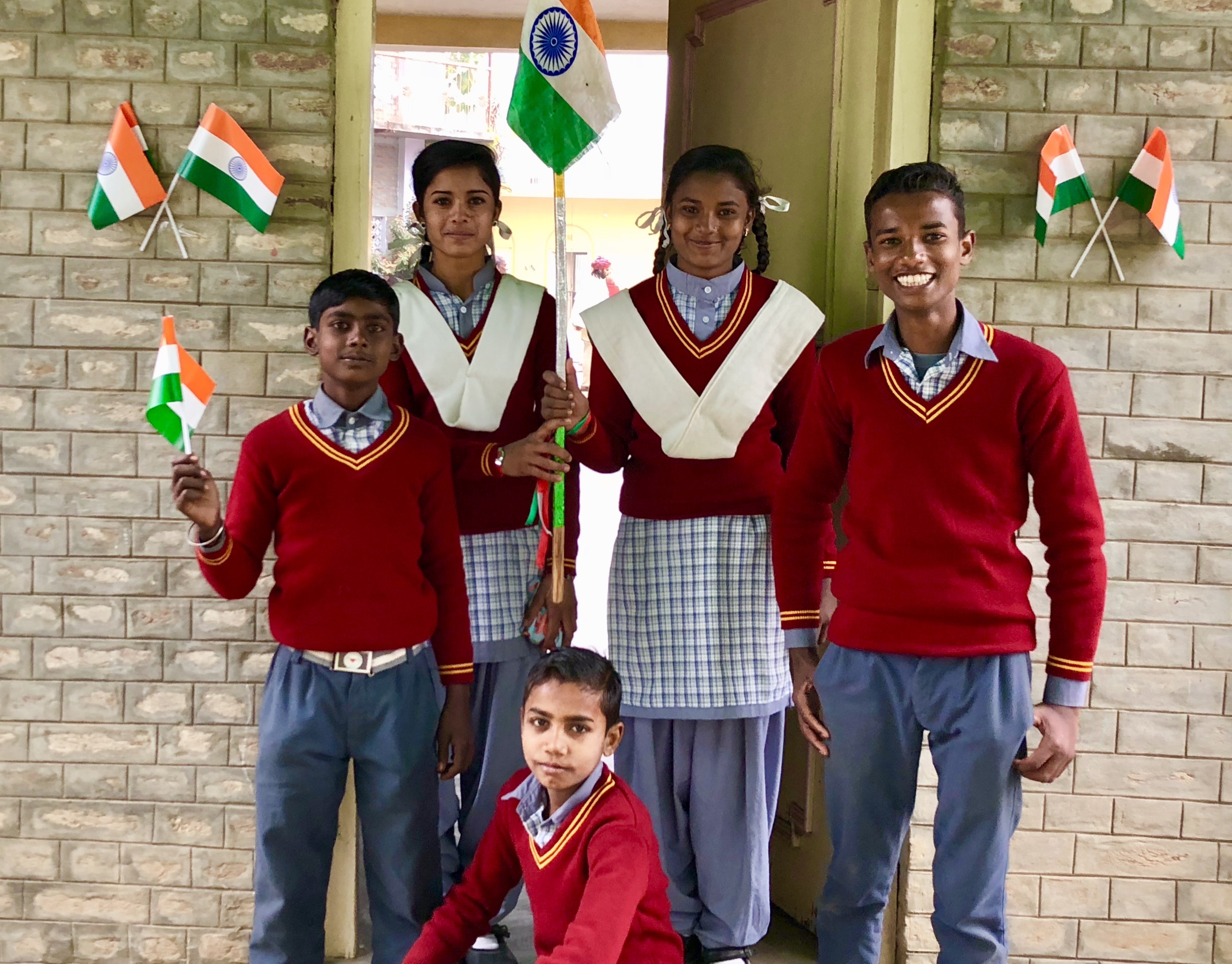 In 2017, Akhanda Yoga Online beamed holistic yoga classes to Akhanda Yogis around the globe! The Ashram renovation of the new puja/ritual terrace and the expansive lower dining hall and kitchen made room for even more Akhanders! 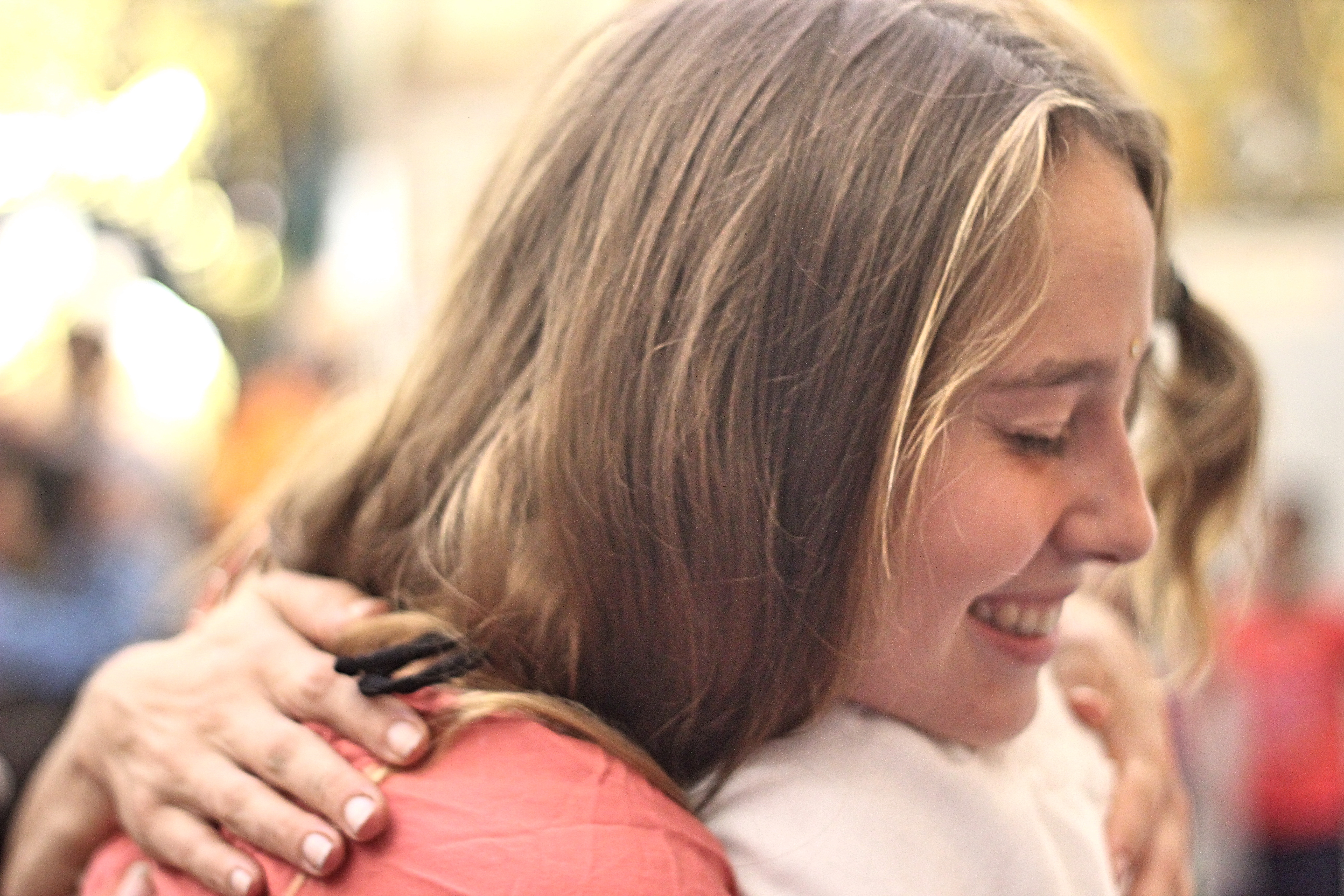 We are so grateful for this growth, the richness of our interactions at the Ashram each season with returning graduates and dedicated Akhanda Yogis/inis. Our senior teachers have really been stepping forward into their own Akhanda offerings this year with Prem’s Yoga Life Coaching, Eila Devi’s Lunar Akhanda Yoga and Chétana’s online Yoga Wisdom courses to come. And each step of the way, we feel supported and connected through the amazing dedication, volunteerism and community engagement of the thousands of Akhanda Yogis all over the world! We’ve been scrolling through photos for hours and wish we could capture the many moments with all of you!

“life is an ongoing dance of intention and creation. If you’re not creating, you’re not living!”

Please join us in celebrating something we’re all a part of – our playful and expansive Akhanda Yoga community!

About the Author: Chetana Jessica Torrens

Chétana co-founded the Akhanda Yoga approach, the Akhanda Yoga Teacher Training (YTT) program design, and has facilitated philosophy, methodology and transformational experiences sessions as a lead trainer for about 25 Akhanda YTT programs in both India and in Canada. She also offers workshops in Yoga philosophy, teaching methodology and everyday wisdom. Two of her favourite words are awe and wonder, and she absolutely loves being in circle with people, connecting, breathing and discussing how Yoga can serve us in our post-modern lives.